What is OSP PCB Technology?

OSP is a process for the surface treatment of electronic circuit board (PCB), copper foil in keeping with the requirements of ROHS. OSP is the abbreviated form of Organic Solderability Preservatives. It is also called “organic solder protection film” or “copper protecting agent” or called Preflux.
OSP is chemically grown a layer of organic film on the surface of cleaning bare copper. The film has oxidation resistance, thermal shock resistance, moisture resistance, for protecting the surface of copper in the normal environment no longer continue to rust (oxidation or curing); but this protective film must be very easy and rapidly cleared in follow-up welding heat ,so that clean exposed copper and molten solder immediately combined into a solid solder joint in a very short period of time.
Electronic circuit boards are more and more high precision, thin, multi-layered, small hole along with electronic products are light and thin, short, small developing, especially the rapid development of PCB assembly, the hot air leveling has not adapted that high density boards.At the same time, hot air leveling using Sn-Pb solder does not comply with environmental requirements, with the formal implementation of the EU RoHS directive on 1st July, 2006, the industry urgently seeking lead-free alternative to PCB surface treatment, the most common surface treatment is the organic solder protection (OSP), electroless nickel immersion gold (ENIG), immersion silver and immersion tin.
The following figure is a few common PCB surface treatment methods, hot air leveling (Sn-Pb, HASL), immersion sliver, immersion tin, OSP, electroless nickel plating gold (ENIG) performance comparison, of which the latter 4 for lead-free process. It can be seen that OSP is more and more popular in the industry because of its simple process and lower cost price.

In fact, OSP is not latest technology, it has actually been more than 35 years, longer than PCB assembly history. OSP has many advantages, such as smooth surface, no IMC is formed between the pads and the copper, allowing direct welding (wettability), processing technology of low temperature, low cost (less than HASL), the processing of less energy use etc.. OSP technology was very popular in Japan in the early years, with about 40% of single layer PCB using this technology, while nearly 30% of double sided panels used it. OSP technology also surged in 1997 in the United States, from about 10% to 35%.
Technical process
Degreasing—>Water cleaning—>Microetch—>Water cleaning—>pickling—> DI water cleaning—>Formed film and drying—>DI water cleaning—>Drying
1.Degreasing
The effect of oil removal directly affects the quality of film formation. The film thickness is uneven when the oil is not clear. On the one hand, the concentration can be controlled within the range of the process by analyzing the solution. On the other hand, often check whether the effect of degreasing is good, if the oil removal effect is not good, it should be promptly replaced oil removal.
2.Microetch
The purpose of etching is to form a roughened copper surface to facilitate film formation. The thickness of the etching directly influences the rate of film formation. Therefore, it is very important to maintain a stable thickness of the film to maintain the thickness of the etched film. Generally, it is appropriate to control the etching thickness at 1.0-1.5um. The micro corrosion rate can be determined before each production, and the etching time is determined according to the micro etching rate.
3.Film formation
DI water is best used for washing before film formation, so as to prevent contamination of the film forming fluid. After the film is washed, it is best to use DI water, and pH value should be controlled between 4.0-7.0, in case the film is contaminated and damaged. The key to the OSP process is to control the thickness of the oxide film. The film is too thin, heat shock resistance ability, in reflow soldering, film resistance to high temperature (190-200 ~ C), and ultimately affect the welding performance in electronic assembly line, film is not very good in the flux of dissolved, welding performance. The average control film thickness is between 0.2-0.5um. 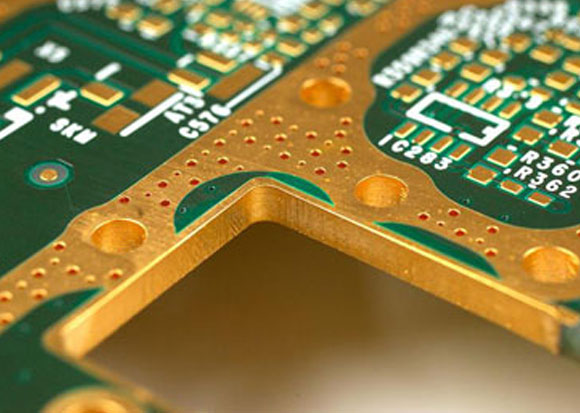 Disadvantage
1.OSP, of course, has its shortcoming. Such as there are many kinds of practical formulas and different performances. That is to say, the certification and selection of suppliers should be done well enough.
2.The defect of the OSP process is that the resulting protective films are extremely thin and easy to scratch (or abrade) and must be carefully operated and operational amplifiers. At the same time, after many times of high temperature welding process, the OSP film (the OSP film on the non welded connecting plate) will change color or crack, which will affect solderability and reliability.
Packaging and storage
OSP is thin organic coating on the surface of PCB, if a long time exposure to high temperature and high humidity environment, the occurrence of PCB surface oxidation, solderability variation, after reflow soldering process, organic coating on PCB surface will be thinner, resulting in PCB easily oxidized copper foil. Therefore, the preservation methods and use of OSP PCB and PCB assembly semi-finished products shall comply with the following principles:
1.OSP PCB shall be packed in vacuum with a desiccant and humidity display card attached. Transport and storage of PCB with OSP shall be made using isolation paper to prevent friction from damaging the OSP surface.
2.Should not be exposed to direct sunlight environment, maintain a good storage environment, relative humidity: 30~70%, temperature: 15~30 C, storage period is less than 6 months.
3.Opened on the PCB assembly site, must check the humidity indicator card, and on-line 12 hours, never once opened a lot of the package, if not finished, or is it a device to solve the problem for a long time, it is prone to problems. After printing the furnace as soon as possible not to stay, because there is very strong flux solder paste on the OSP coating corrosion. Maintain a good workshop environment: relative humidity 40~60%, temperature: 22~27 degrees celsius. In the process of production, it is necessary to avoid touching the PCB surface directly with hands, so as to prevent the surface from being oxidized by sweat pollution.
4.The second side PCB assembly must be completed within 24 hours after the completion of first side PCB assembly.
5.Finished the DIP in as short a time as possible (the longest 36 hours) after completing the PCB assembly.
6.OSP PCB can’t be baking. High temperature baking easily deteriorates color of OSP. If bare board exceeds the storage life, can be returned to OSP manufacturer to rework.